Daughter of a King 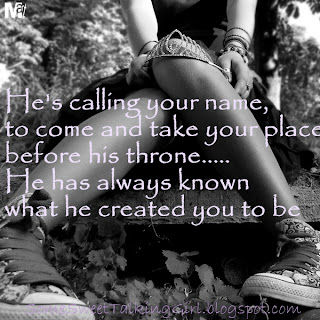 In the Proclamation of the Family it says that part of Heavenly Fathers plan for us is to “ultimately realize their [our] divine destiny as heirs of eternal life”
Growing up as a teenager in the 80’s I watched Princess Diane and Prince Charles get married
Oh how I longed to be a princess
When I received my patriarchal blessing, I finally got a glimpse of who I was, and that I indeed was a daughter of the
King-est Kings of all!
And he wants me to have all that he hath
happiness, joy and peace
In 2011 I watched Prince William and Catherine Middleton
court and fall in love 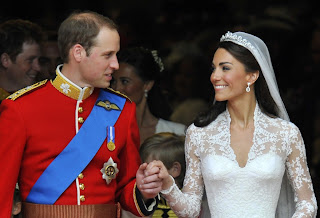 as I watched her I said to myself “She already acts like a princess”
but
How does a Princess act?
and how can we teach our Young Women and daughters that they already are princesses and then, how princesses act
Idea: Princess Workshops
These workshops are designed to help teach the young women how to become “the fairest in the land” through examples and messages of well known fairy tales. Break the girls into groups and hold 3-4 of following rotating workshops (about 10 minutes each). And then combine everyone together for the “Fairest of Them All” workshop.
Touching upon- Virtue, Integrity, honesty, modesty, humility
check out Jenny Phillips song “Daughter of a King”
Princess Workshops
See the web site above for in depth details of the workshop
Idea: The “Map” to Happily Ever After
In Elder Uchtdorf’s talk “Your Happily Ever After” (April 2010 General Conference), he talks about the “map” that our Heavenly Father has given us:
Create an activity where you leave a treat or special gift at a certain spot can be done like a treasure map. Then give each girl a map of the camp or building (you can draw it yourself–it can be a rough map!). In one specific and known area of the map (such as the amphitheater, or the flag pole, or the kitchen), put an X close to it. In the “Instructions” explain how to get to the treat (put the treat
behind a bush or a tree, etc. not right out in the open). For example: Instructions: Go to the flag pole by the amphitheater. Look in the bushes right by the flagpole for a box covered
with a brown blanket.  Have the girl’s bring the treat or gift back to your gathering place where you can talk to them. Ask them how easy it was to find the treats (it should’ve been very easy, even though the treat/gift wasn’t right out in the open.) Explain to them that the map was very clear, and it was easy to arrive at the treat/gift if they simply followed the map and
instructions. Explain that the Lord has also given us a clear map. Read this from Elder Uchtdorf’s talk:
Princess
Finishing School
Each girl was sent here to earth by a loving Father in heaven who wants her to return. As the daughter of a Heavenly King, she is a princess. Heavenly Father has bestowed her with special gifts and lots of help to overcome the tests of “finishing school” and return home with honor.
This can be done up at girls camp/ new beginnings/ young women in excellence
hold a class for “Princess Finishing School” taught by a leader or special guest.
Princess Finishing School
Prepare for a Royal Wedding
Activity Ideas:
-Talk about preparing for a royal wedding: what you have to do to be worthy to enter the temple.
-Do the “Worth Waiting For” craft Kit and corresponding activity available on www.jennyphillips.com for only $3
each.http://www.jennyphillips.com/products/craft-kits/
-Play the video “Worth Waiting For” (7 minutes long) available on the DVD “Arise and Shine Forth” on www.jennyphillips.com. Preview the video here: http://www.youtube.com/jennyphillipsmusic.
-It would be fun after showing the video “Worth Waiting For” (which includes cupcakes in the video) to close with someone performing the song “Worth Waiting For” and then serving cupcakes.
Jenny Phillips- free downloads
I am so grateful that our King (Heavenly Father) sent out a Proclamation to the world
proclaiming that the family is central in his plan
proclaiming that we are indeed his children
proclaiming that he has a plan
proclaiming that we have a responsibility
and then warning what will happen if we ignore
I am grateful for this wonderful gospel & grateful to know of his plan and that he indeed loves & needs me.
and so I ask myself this question every day
Do I act as a Daughter of the King-est King of all, would act?
You might also enjoy:
Deep Beauty- Be-you-tiful- activity
A Fathers Love Letter
It was suggested I listen to the song below, its
Nichole Nordeman – “Beautiful to Me”
Thank you Chocolate on my Cranium
Check out some of Jenny Phillips other work in the link below
http://amzn.to/2pfqI8K
We are doing a blog hop
it’s all about The Family
Please check out some of the other blogs below 🙂
you will love it!
Divine Nature Royalty