I Want Super Powers too

Well we CAN have powers

President Ezra Taft Benson said that the Book of Mormon will give us power.  He said:
“Power will begin to flow into your lives” when you read the book of Mormon
“You will have Greater Power to resist Temptation”
“Power to avoid deception”
“Power to stay on the straight and narrow”

What AWESOME powers we have been promised if we read The Book of Mormon.
The Lord told the brother of Jared “And behold I prepare you against these things; for ye cannot cross this great deep save I prepare you against the waves of the sea, and the winds which have gone forth, and the floods which shall come.” Ether 2:25 Heavenly Father never intended the brother of Jared to cross that great ocean without him- he ever intended them to do it all alone.  The Lord will always prepare a way, Nephi told his father “I will go and do the things which the Lord hath commanded, for I know that the Lord giveth no commandments unto the children of men, save he shall prepare a way for them that they may accomplish the thing which he commandeth them.” 1 Nephi 3:7
So it is with us as well, Mormon tells us that The Book of Mormon is for us, this book is a manual on how to return to Christ.  He has prepared a way for all of us to come back to him, he will give us Power when we read The Book of Mormon, power to be able to do this.  I have a testimony that this is true, I know it is true because I have felt it.  I know that we can and will get closer to Jesus Christ by reading and abiding by its teachings. 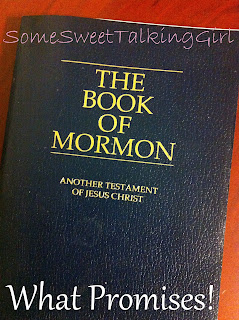 It is always fun to wonder what it would be like to have some  Super Powers-  What power would you want to have?  Would you want Super Human Strength like Thor or the Hulk? or would you prefer power through a Armored Suit like Iron Man?   or would you like to be like Captain America who was given SSS (Super Soldier Serum) that enhanced all of his functions to to the peak of his human potential? 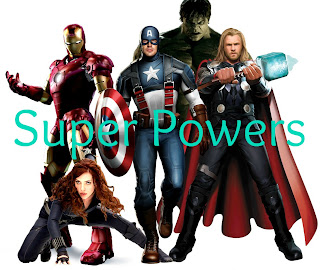 Some Fun Facts:
Thor- is the “God of Strength”- he is God-Like
Thor powers
Iron Man- his power was in his Armored Suit (put on the armor of God)
Iron Man powers
Captain America- He is able to overcome forms of temptation, has indomitable will, he is capable of resisting all forms of mind control.
Captain America powers

I am sure this could be a fun activity depending upon what your Young Women like, or Girls Camp etc.  If any of you use this for any of these things let me know how it goes. We have some incredible heroes in this most wonderful book as well.